You can read the full version of Sarah's first week on her ambassador run coaching on sarah's blog: From sit to fit - an honest account from a reluctant runner from Yorkshire

So...Saturday 26th January was our first run coaching session with the wonderful Aimi Barton. I've had a couple of personal trainers in my life and I have to say Aimi was the most down to earth and realistic of them all. I didn't feel pressured or as if I was too unfit to be there (or told I shouldn't have eaten biscuits prior to a training session which happened to me in Sydney. To be fair that was probably a pretty good indication you need a personal trainer!). At one point in the warm up she was contemplating being nice and not making us do lunges and I found myself saying yeah let's do lunges 😳. It was one of those moments that words come out of your mouth before you've really realised what you've said. It happens to me quite a lot but I couldn't take it back so we did lunges! 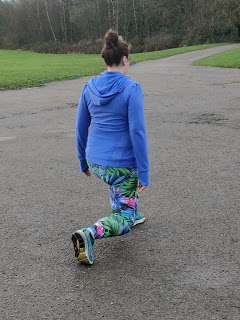 Focus was to get a 90 degree angle in the back leg. Pretty pleased with that!

After the warm up Aimi took us through the theory of the various energy zones and how each plays a part in your overall training journey. The focus for today was foot placement and a little bit of about how arms can seriously help propel you forwards as your body naturally tries to match the speed of your legs with your arms to create a consistent and smooth movement from head to toe. To illustrate this, we did a there and back keeping our arms firmly by our sides. Imagine someone running and looking like a cross between a waddling penguin and a novice riverdancer - that's the only way I can describe what I must have looked like. It did the job however, as it was much harder, slower and really illustrated what a powerful tool your arms are in pushing your stride.

The main part of the session was around foot placement. The best running form includes landing on the front part of your foot and using that to absorb the impact initially (which must be better for preventing injuries) whilst preparing the same foot to spring you forward from your back leg. If you tend to land on your heel when you run, this can stop a lot of the momentum which means you have to work even harder to keep up the pace and results in a lot of force on your ankle. It totally makes sense but it took a lot of my concentration to make my feet land on the front rather than the heel. This will definitely be something I have to work on as it's going against bad habits. However that's exactly what it is - a habit - and with perseverance and concentration habits can be changed.

The rest of the session was some sprint training to learn to listen to your body and when it tells you it can't maintain the full sprint speed any longer (around 8 seconds). On my second attempt I set off and after maybe 8-10 seconds (let's go with that - it was probably about 6) my legs literally just stopped and went into a jog. It was really interesting how it had such an immediate impact.

After jogging to the end of the lap I felt like I couldn't get my breath back for about 5 minutes and I felt a little bit sick. This is normal given you're pushing your body to it's limits and to be fair I think my body went into shock - I do not sprint anywhere... We were taking it in turns and to be honest when it was my time to go again I hadn't recovered from the first one so I took a bit longer to get my breath back. I think it's really important to listen to your body and mine was telling me it needed a bit longer and that's totally ok. I also have to say at this point I was concentrating more on keeping myself alive than foot placement so this will definitely have to be a focus over the next few weeks.

After the session I was raring to go, super motivated and ready to tackle the week with the training plan Aimi had sent me. Then....life happened. I completely had the best intentions but I also had two big deadlines at work which meant some very late nights and no time to really train. I could write about how I stuck to the plan 100%, but I think it's important to be honest and share the fact that yes, work took over this week and I missed a couple of the planned runs.

This will happen to all of us but what I focussed on was ensuring my head didn't tell me I'd failed already and was useless because it's week 1 and if I can't manage week 1 then how on earth can this work etc? I'm sure everyone can imagine that sort of head chatter in themselves - we all know it's not helpful but it's hard not to listen to especially when you're tired and feel like you've failed. Instead, I looked for ways to get more exercise into my day this week and focus on getting back on track this weekend and next week. A couple of days I got off the tram one stop before my usual which meant an additional 10 minute walk to work and I made sure I had a good pace to get the heart rate up. Also thankfully a fire drill occurred at work and on returning to the building my colleague and I took the stairs up 5 flights rather than the lifts! 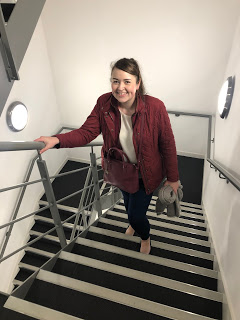 Photo evidence was obtained solely for the purposes of this blog. Never mind a fire engine, I needed a first aider when I reached the top - soooo out of breath haha.

After a really full on, hectic week I was shattered by the weekend and the snow/polar vortex had well and truly found it's way home (Harrogate). The plan on Sunday morning was to go for my 5k run per my training plan and I can honestly say that was one of the last things I wanted to do in sub zero temperatures and snow/ice on the ground when I woke up Sunday morning.

However, I also knew I would feel so much better afterwards knowing I'd done it and the training this week wasn't a failure. So with some motivation (from my family as well as my own) I got out into the freezing cold, got my playlist on and went for it. I didn't want to make it too complicated so I just focussed on trying to get my foot placement right which was harder than I thought. I found myself focussing on it and getting it right, but then as soon as I took my mind of it for the purposes of dodging icy patches on the pavement I flipped straight back to landing more on the heel. However, as soon as I found myself doing that, I reset my mind to land on the front part of the foot. I definitely think over time it will get easier and I found when I landed correctly I had a definite spring pushing forward from the back leg and the strides became more comfortable. 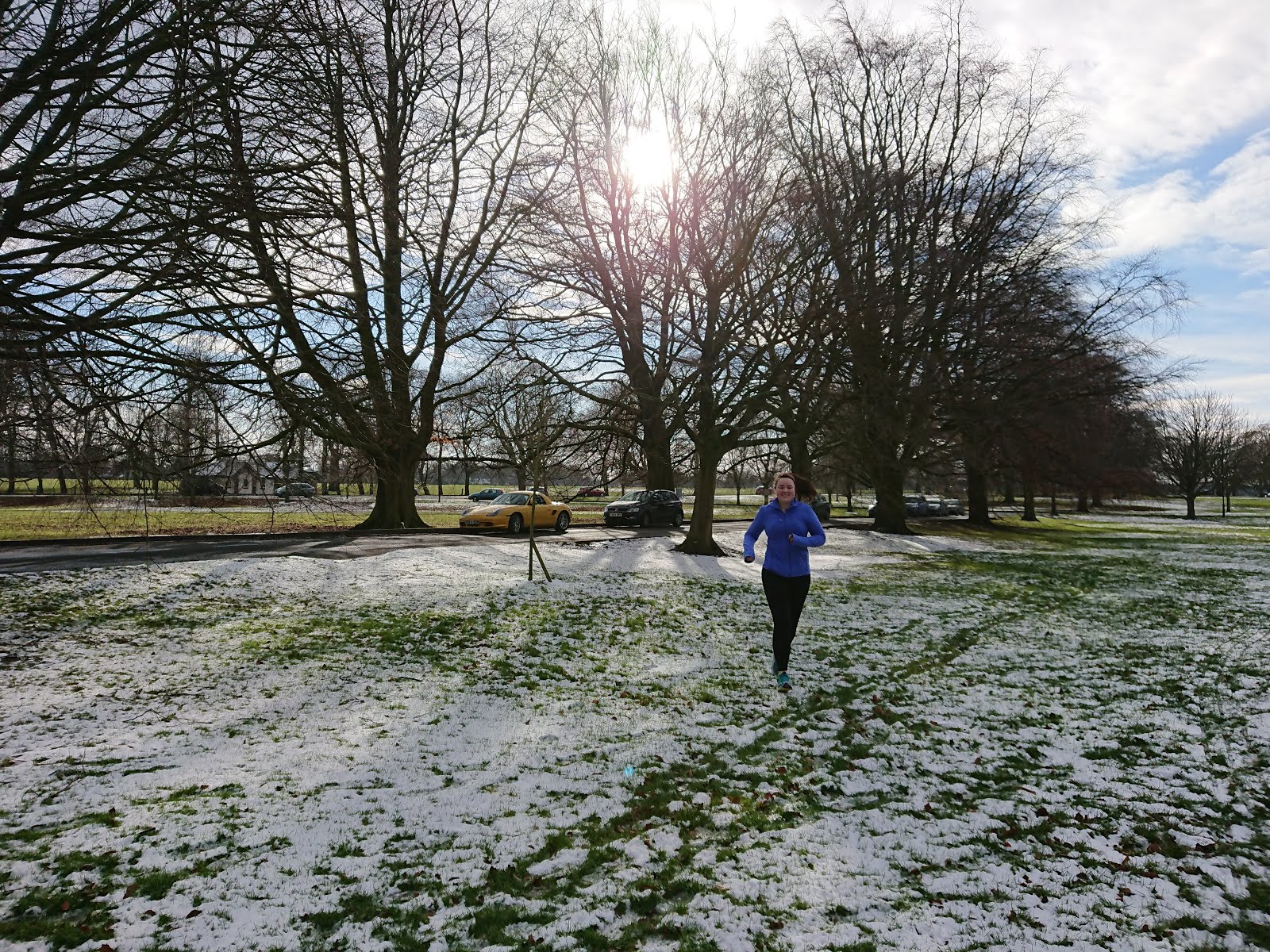 I saw a quote which said 'don't let yesterday take up too much of today' and I think that's how I'm going to play this one - yes week 1 wasn't perfect but week 2 can/will be much better so stay tuned! Also, I've pulled a muscle at the back of the top of my leg from slipping on the ice earlier in the week walking to the tram - any stretches would be helpful!!

Have a good week everyone :)
The reluctant runner

Putting it off until tomorrow

Running with my Arms!